We have to start somewhere….

Earlier this year, I mentioned somewhere in some post that I’m not going to link to because it’s chock full of things I had planned to do this year that I haven’t found the time to do because…..well, because I like sleep…….um, I mentioned that I wanted to minimize a bit.

So it’s somewhat slow going….for a few reasons. The main one being……I like sleep. Really, I can’t blame it on the fact that I have a 1 year old because lots of moms with 1 year olds do lots of things that I don’t do. But I work full time, every day and when my 1 year old goes to sleep, so do I. I regret it if I don’t. Last night for example….I decided to do something stupid on my computer after Amelia went to sleep and two hours later finally climbed in to bed. 20 minutes later, Amelia was awake. An hour later, she was awake again, An hour and a half after that, awake again…..for an hour.

So yeah, today I feel like a total moron.

Anyway…..it’s slow going. When I do wash, I put things that I really don’t love in a bag and this past weekend actually dropped two bags off at the Salvation Army. I have many more bags to fill. I also have a storage unit to empty but that’s a whooooooole other adventure. 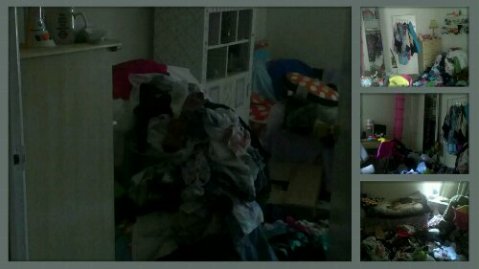 It took me a while to figure out how a 12 year old could amass such a ridiculous amount of crap….because I don’t buy her all this stuff!! I had no idea where it all was coming from…..until I was actually home one day when my mom dropped her off….

See, Brittany goes to spend some time with my mom and dad usually on Tuesdays….that was her choir day during the school year so it just became their day. Brittany would spend Tuesday night there and they would take her to school the next day. Nice, right?

So, now it’s summer….no school the next day……so they’ve just been dropping her home on Wednesdays, usually after I’m home….usually after dinner. And almost every time, Brittany comes in with two or three bags of……CRAP!! From trips to the dollar store, craft fairs, A.C.Moore, the library, the movies…..and every single bag – because I know that she would just drop it all in the middle of the living room and leave it there if left to her own devices! – goes straight into her room…..apparently never to re-emerge.

But this room needs to get organized NOW because this school year is going to be waaaaaaay different for Brittany. No more getting up at the butt-crack of dawn (like her crazy mother) to go wait for the school bus on those lovely 2 degree February-in-Philly mornings.

This year, she’s registered with an online charter school 🙂

Yes, this is our first venture in to the world of homeschooling because I never thought it would be possible with me working full time. Brittany is very excited and now that we’re making some progress on her room I think it’s really settling in that her room is going to be her new classroom!

So we’re quickly minimizing in her room. I’m actually very proud of her because she’s really making a dent in there when I’m not around and I come home to find quite a few bags that she’s put together of things that we can donate and things that can just get trashed. We might just have this whole space under control before her first day of school!!

It really is looking good, but she doesn’t want me to post any more pics until it’s done so everyone can see the total transformation.

So how did you and your child prepare to make the switch from traditional schools to homeschooling? 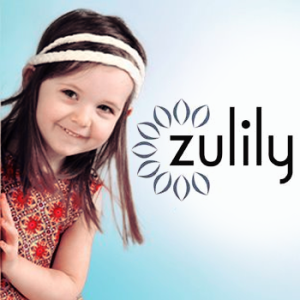 Oh, and Zulily, too……Zulily kicks total bottom!! I’ve spent a ton of money over there but I’ve saved at least 3 times what I’ve spent – lol!!! Really, they have amazingly great deals – go sign up!!! (And yeah, I think I’m done test-posting, now ;^)